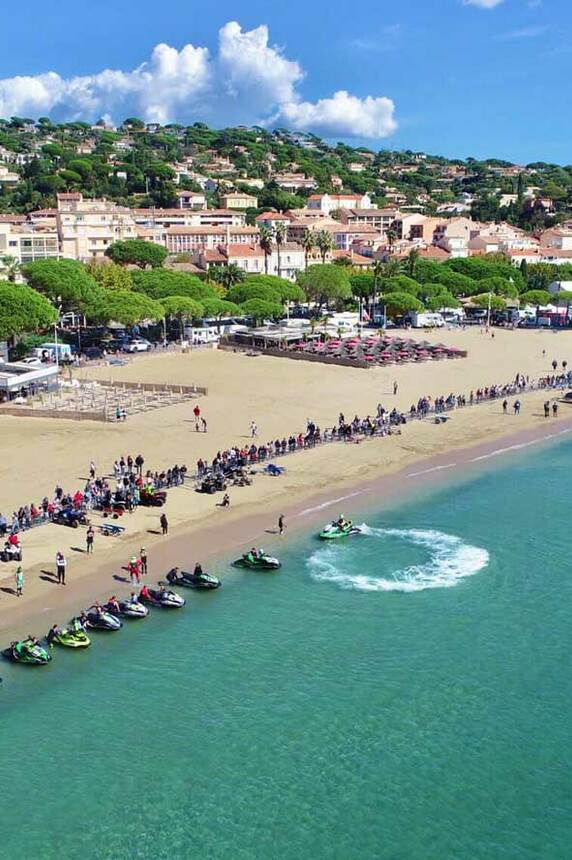 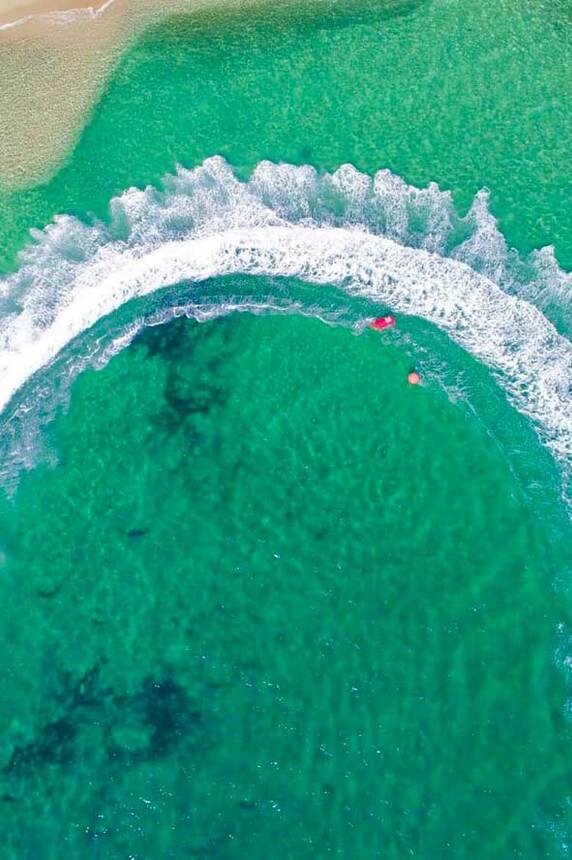 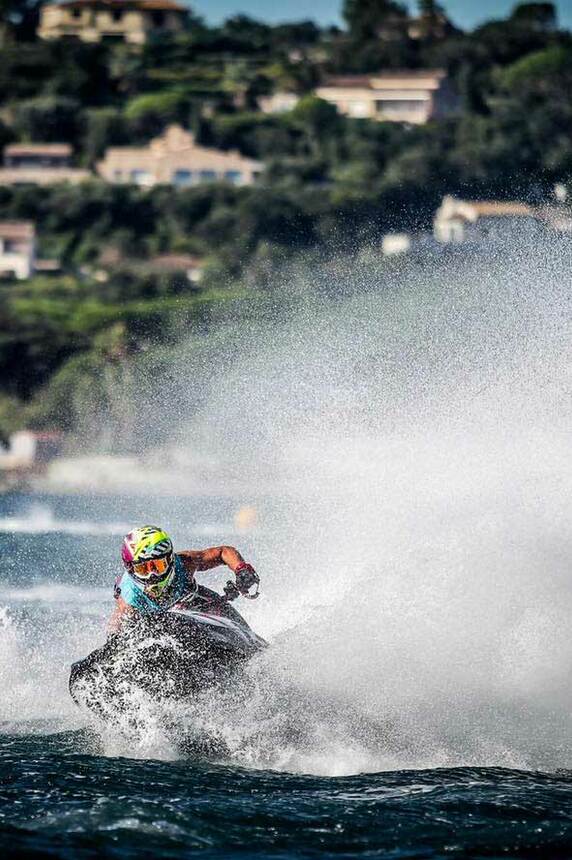 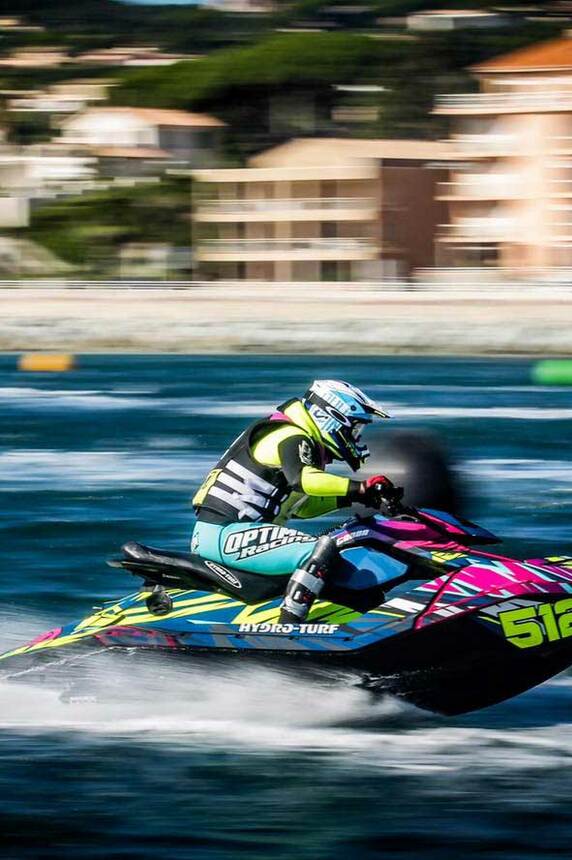 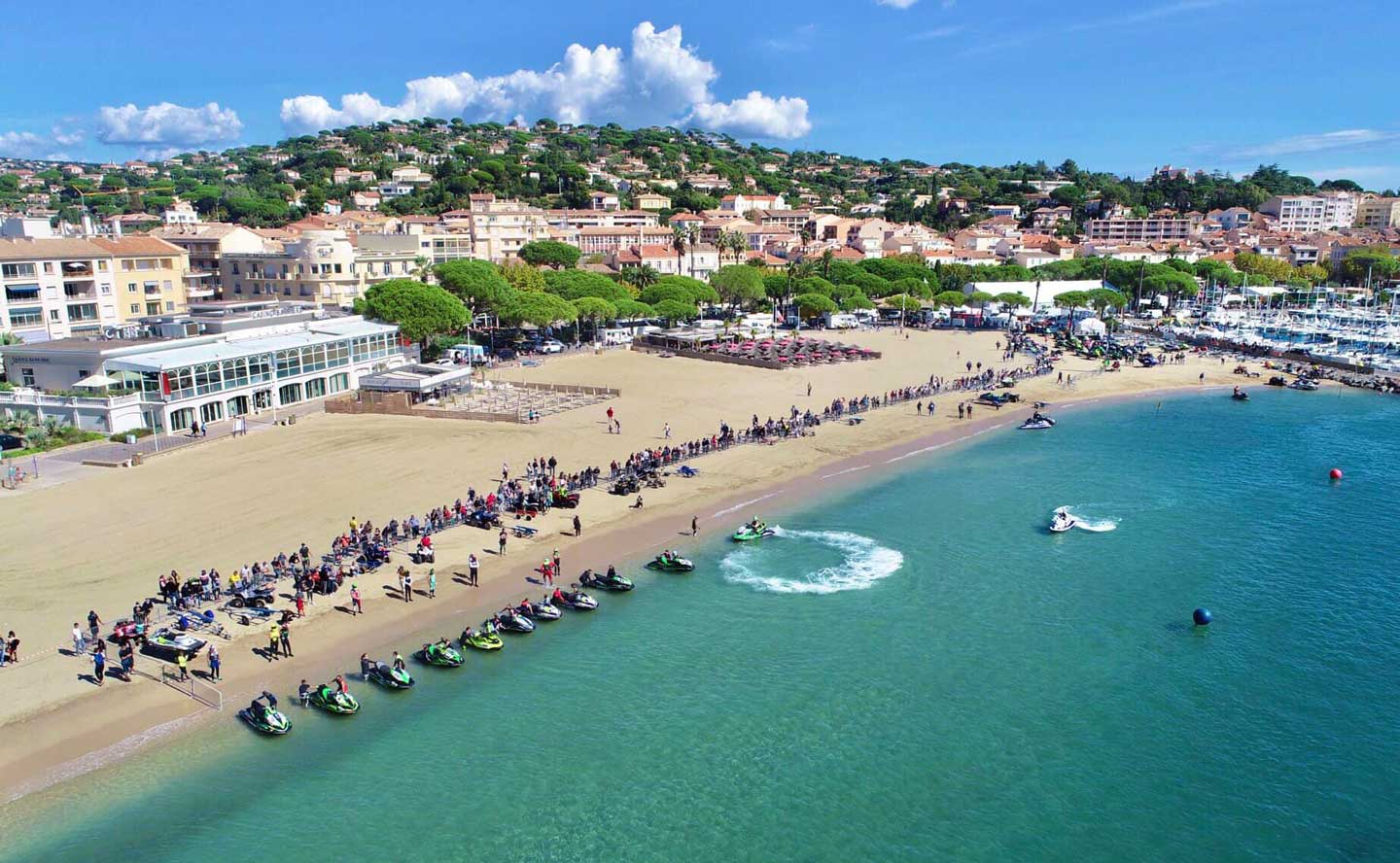 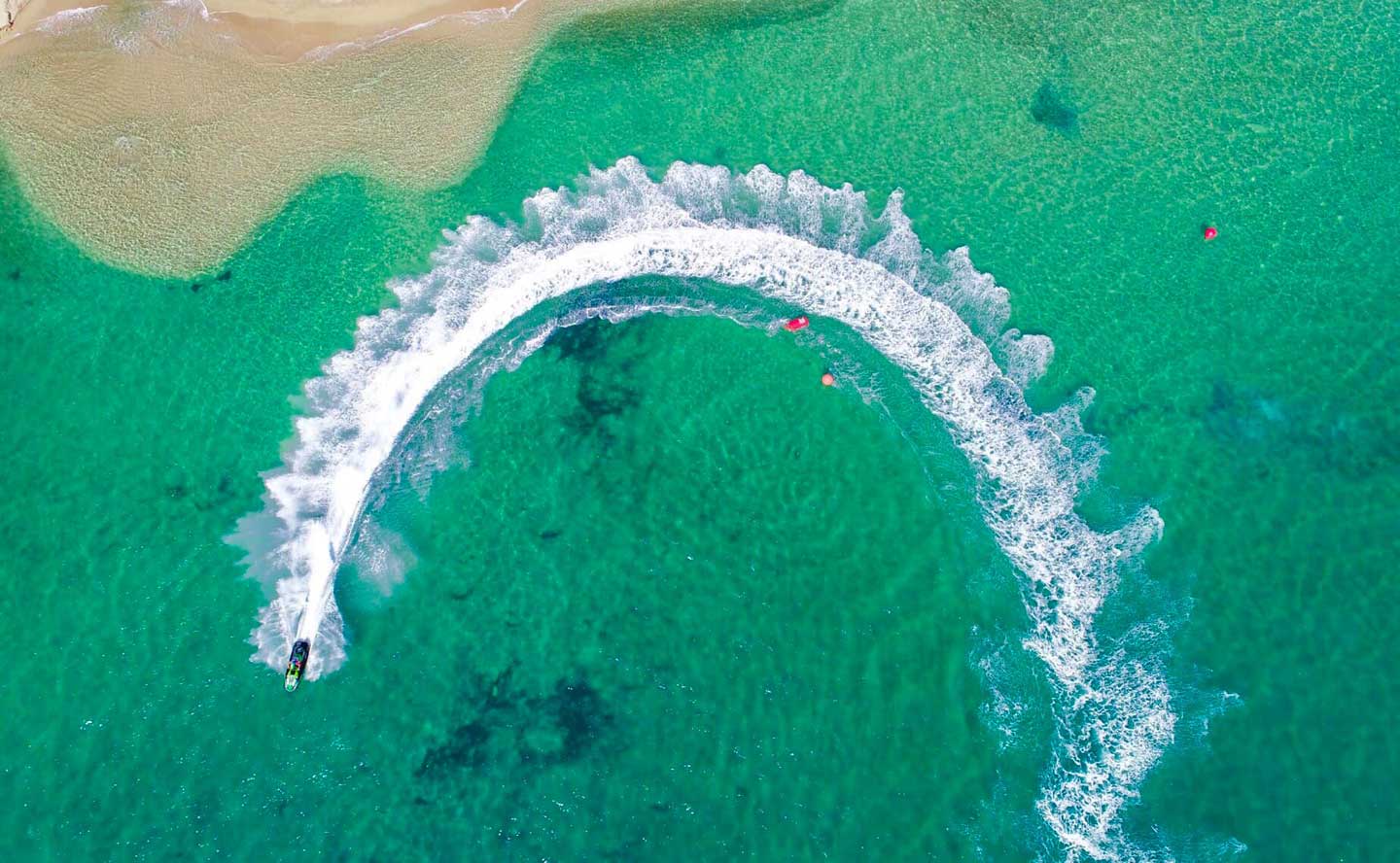 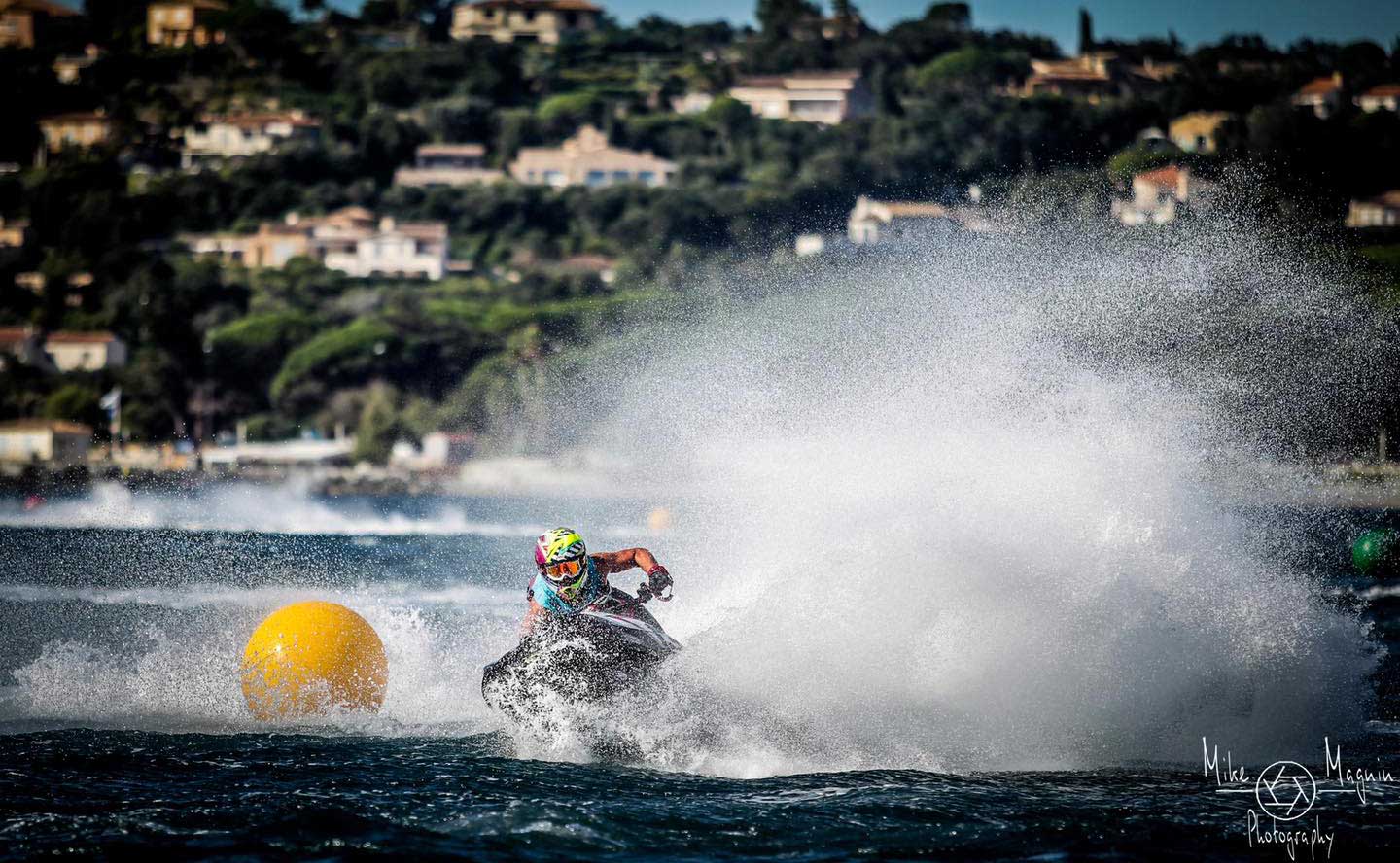 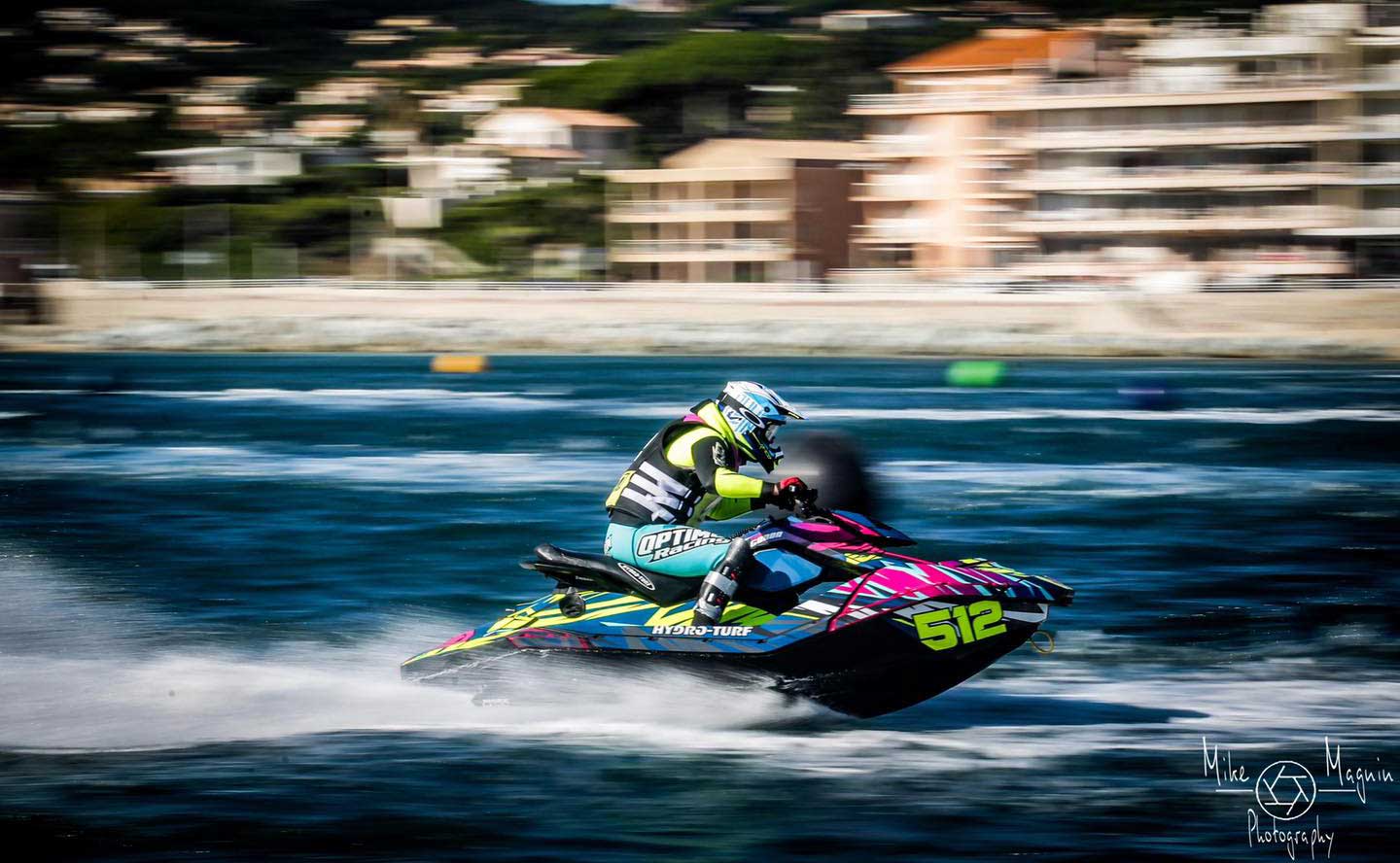 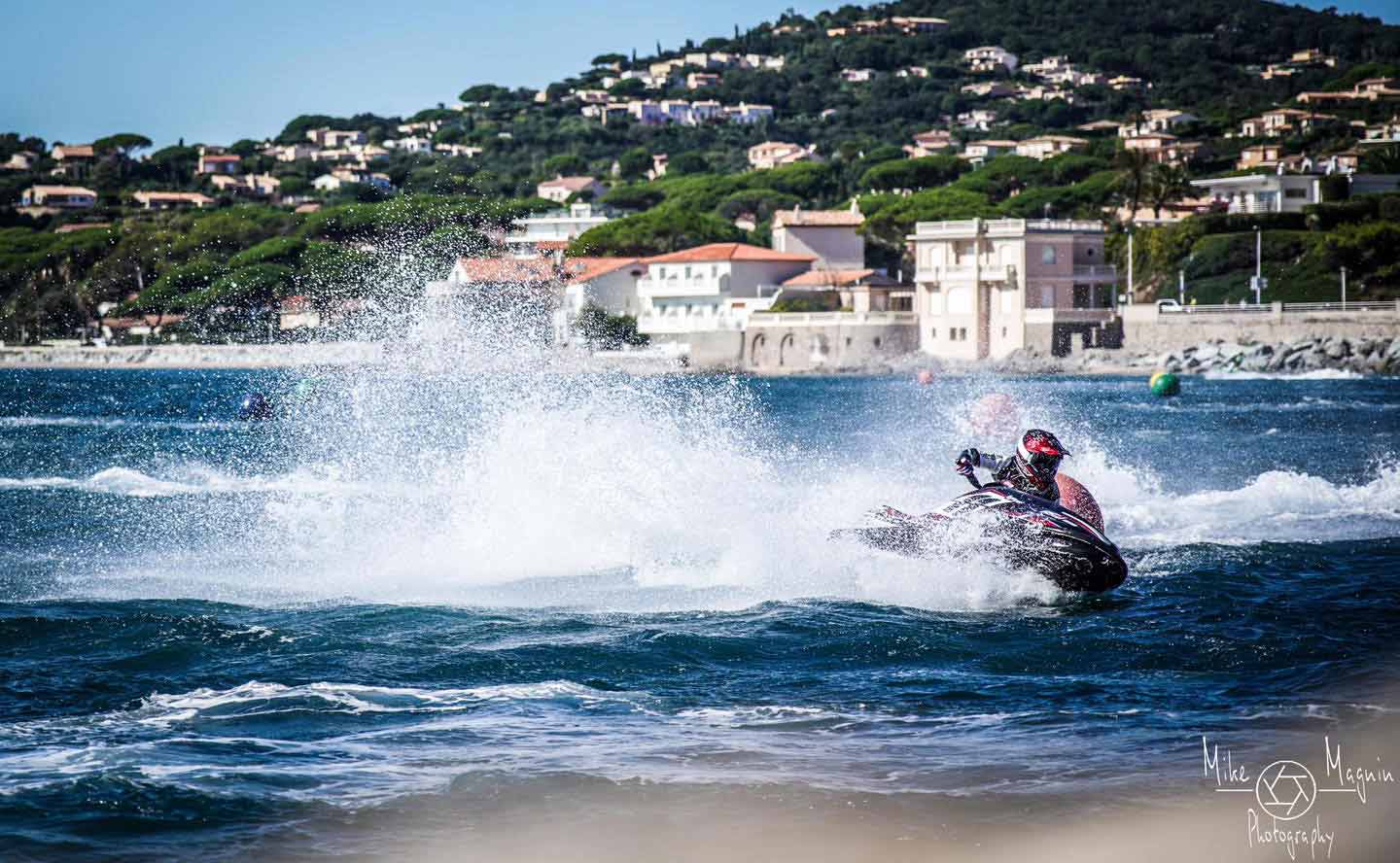 Since 2009, the beach of downtown Sainte-Maxime welcomes every year a hundred pilots from all over France and even neighbouring countries. During a weekend, the best European specialists come to take advantage of the ideal setting of Maximoise Bay to compete in more spectacular competitions than each other.

At the handlebars of 250 HP machines reaching 120 km/h for the Arm Jets and 400 HP for 140 km/h for the Saddle Jets, the drivers will compete by category in races of about twenty minutes, on a circuit composed of about forty buoys distributed on a route of 2 km visible to 100% of the public.

A dynamic, spectacular and fun sport easily understood by the public and above all, a 100% free show. The whole in the city center of Sainte-Maxime with an immediate proximity with the competitors among them several World and European Champions.

A show not to be missed under any circumstances on September 25 and 26, 2021 in Sainte-Maxime.