Each year, Sainte-Maxime organises the traditional Mimosa Festival during the first weekend of February. It is the precursor to a long series of events, including the Nice Carnaval or the Lemon Festival in Menton...

This flowery event is expected every year and requests more imagination year after year to offer a constantly renewed show. The organisation of this festival requests a great number of actors from October to January.

Flower-covered floats : from their conception to their flowery execution

Based on the chosen theme during the summer season, the graphic designer of the town of Sainte-Maxime formulates the designs for 12 floats. A meeting with the various Sainte-Maxime associations is then set for autumn. During this meeting, designs of the 12 floats are presented and assigned to the associations. The preparation details are tackled and mainly discussed in terms of costume themes and volonteers recruitment.

A company from Sainte-Maxime follows designs from the graphic artist and creates a metal structure and an iron lattice. All the components are built with expertise in the technical service workshops in town.

The Sainte-Maxime associations take over. Over 500 volunteers take action on Saturday for a race against time, with certain volunteers continuing all night long. Some pluck leaves and flowers from the mimosa, others meticulously braid vines and fresh flowers onto the iron lattice, respecting the correct colours and shapes. 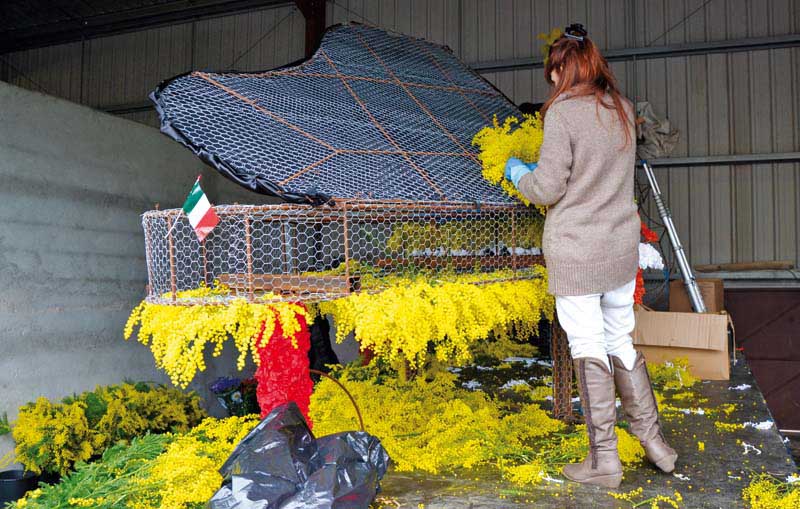 Several volunteers put final touches on floats at the Municipal Workshops. Everyone strives for elegance and audacity in the final embellishments. 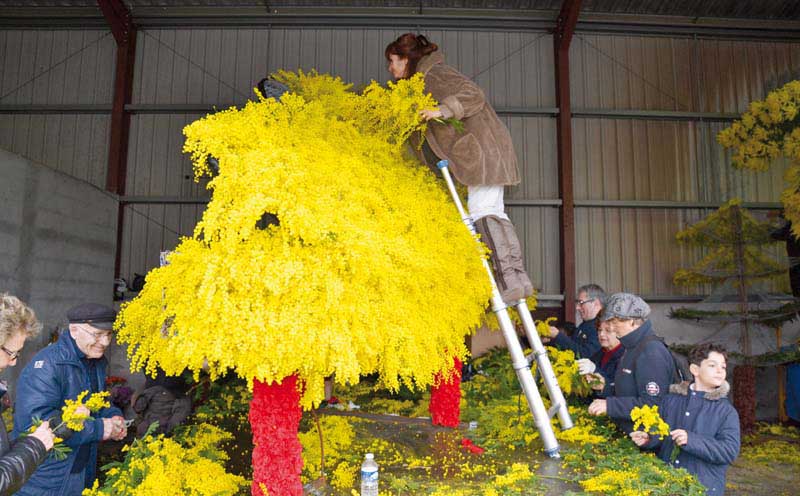 The costumed adults and children take their places and the procession heads towards downtown. Thousands of spectators come to witness the parade from above or from standing areas in the street. Musical groups and walking groups of all kinds added to the battle of confetti and mimosa vines ensure a joyful atmosphere on the seaside. 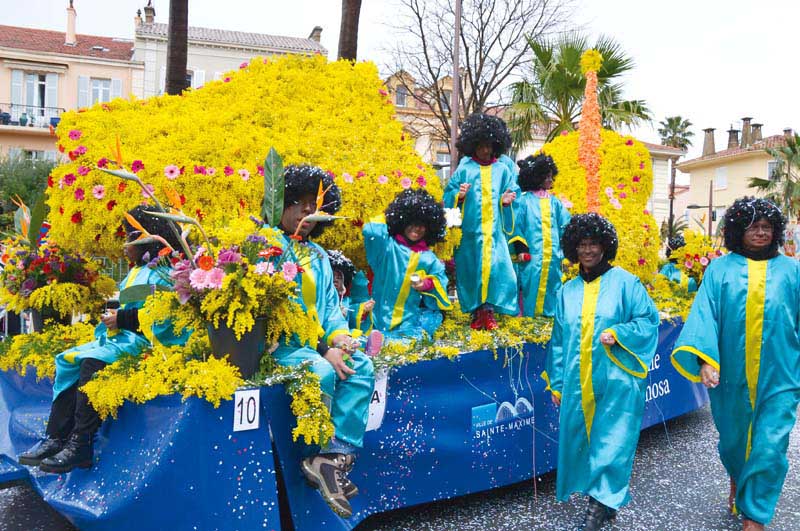 * 4 tons of mimosa from Pegomas in the Massif of Tanneron * 8,600 fresh flowers from the Nice flower market * 27,000 pieces of paper confetti * 20 participating Sainte-Maxime organisations * More than 500 volunteers