The Votive Festival, on May 14th and 15th, is the opportunity to pay homage to the Patron Saint of the town, a unique and exceptional tradition !

Legend has it the daughter of the Count of Grasse, Lord of Antibes, lived between 650 and 750. She refused wealth and glory in order to completely dedicate herself to God and enter the Saint-Cassien monastery, part of Lérins.

After having taken her vows, the nun quickly becomes a model for the community. It is without a doubt for this reason she was chosen to direct the Callian monastery in which she finished her days following an exemplary life teaching religious virtues.

At her death, she was venerated as a saint in Callian. Since the 11th century, the festival of Sainte-Maxime has been celebrated in the Prieuré’s Chapel which is owned by the monks of Lérins in Sainte-Maxime. 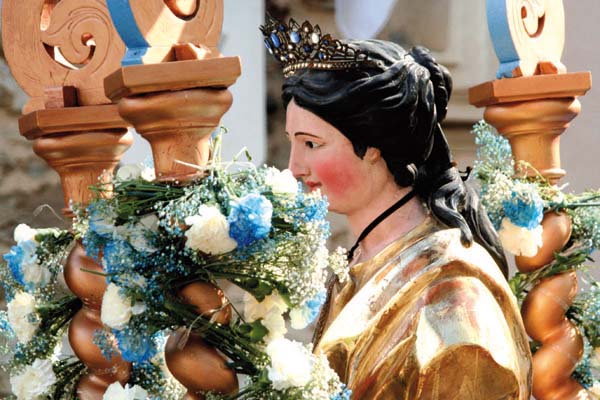 Starting in 1672, after the edification of the Sainte-Maxime parish, the patronal festival is considered with greater solemnity. In 1774, the bishop of Fréjus came to seal the saint’s relics in the base of the bust that is still carried today.

Since, the Sainte-Maxime locals are invited to pay honor to their patron saint during the Votive Festival which is celebrated, each year, on the 14th and 15th of May.

The Votive Festival, is a highly orchestrated procession

It spans over two days. The evening of May 14th, a Major is appointed.

He will direct the bravado and ensure that the procession is carried out safely and without problems. He is the one who orders the shots to be fired with the help of two corporals. The passing of power between the old and new Major is decided in a very solemn manner by the church officials.

The saint is honored with a crown and a colorful scarf from the city by a child from the folkloric group Lei Magnoti and by a child of the bravadeurs. 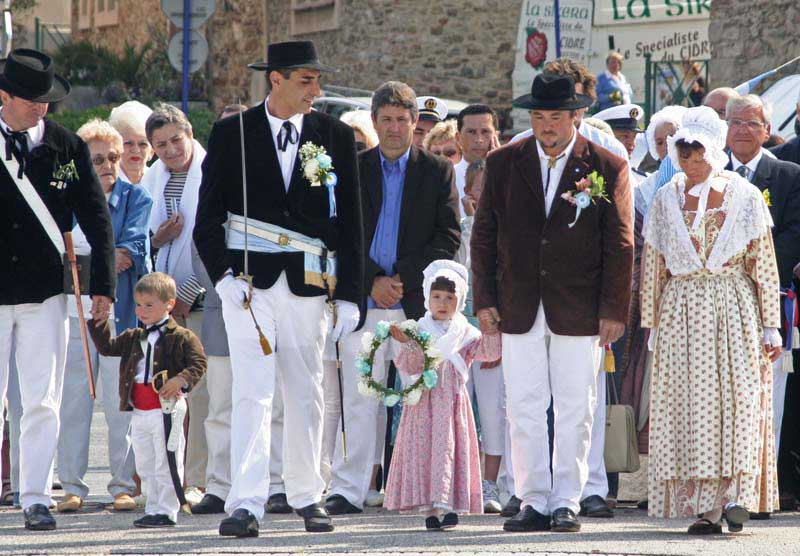 The 15th of May, the procession begins.

The bust of the Saint, carried by four men, is surrounded by religious and civil authorities, bravadeurs, fifes and drums. The procession is orchestrated in a rigorous manner. Also, the positioning of those composing the cortège remains unchanged. The procession salutes alters composed of flower bouquets and representations of the saint. The procession passes through the streets and alleys of Sainte-Maxime, which are decorated in blue and white for the occasion. 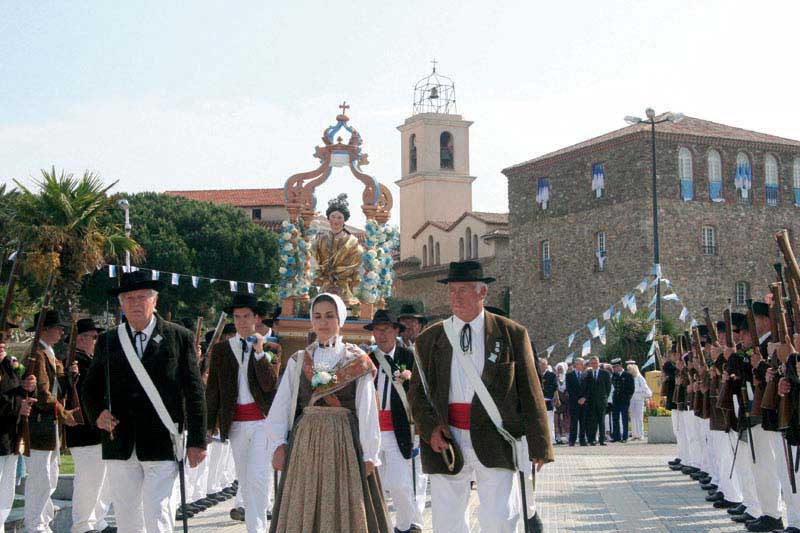 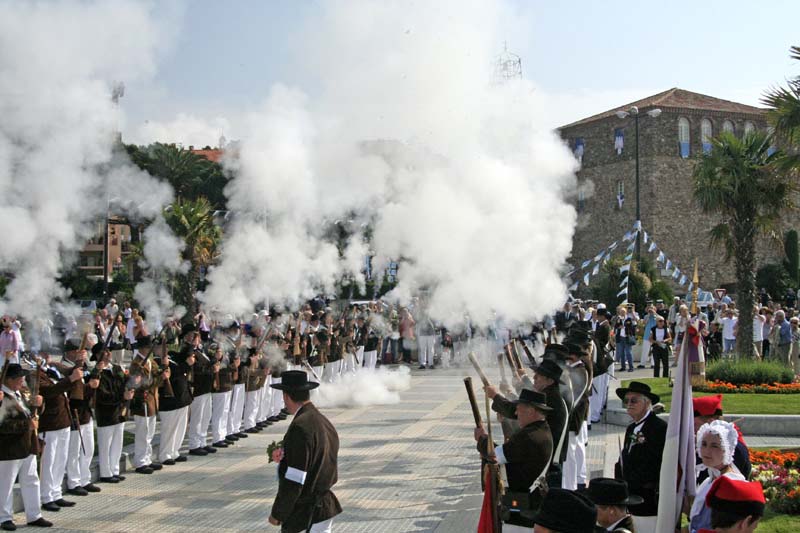 Discover as well...
The Votive Festival May 14th and 15th