Christmas time in Provence passes from the celebration of Sainte-Barbe to the Chandeleur with a succession of traditions, festivities, rituals and costumes that bring the cities and villages to life.

The Christmas calendar begins on december 4th, with Sainte-Barbe Day. On this day, we sow a few grains of wheat on fresh moss in several saucers.

During the 20 days that separate Sainte-Barbe Day from Christmas, these seeds become beautiful green sprouts, the first fruits of future harvests.

On December 25th, if the seeds have germinated well, we say that the harvest will be good. The prettiest saucer will be placed on the Christmas table and the others will go in the crèche among rocks and bushes. 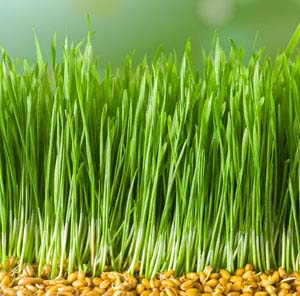 Sainte-Luce day takes place on December 13th and celebrates the awakening of winter. The arrival of winter is announced by gathering mistletoe and holly, which owes their sacralisation to ancient pre-Christian beliefs.

The druids believed mistletoe to have a miraculous power, and today we hang it above doors before Christmas as a sign of peace and goodwill. Holly has a strong spiritual significance, it represents Moses’s burning bush and Christ’s crown of thorns. It holds power against sorcery.

The arrival of winter announces the cold, which gives rise to all sorts of superstitions. For Sainte-Luce Day, lights are lit (candles, lamps, etc.) at the window in order to ward off the ill-fated winter.

The nativity scene and the santon

Once Sainte-Barbe Day is over, we can, « make the nativity scene ». In Provence, this is an important family moment because the santon is passed from father to son.

The origin of the nativity scene is very old. We credit its invention to Saint-François of Assisi who used an abandoned barn to recreate the nativity scene with people and alive animals. Following the revolution, it became standard for each household to have a crèche. This beautiful Provençal tradition quickly spread to all the regions of France.

An authentic nativity scene is actually an ideal representation of a Provençal village where everyone has his place, including the animals. The decor is a projection, in two parts, of community life with its houses, wells, furnace, mills, pine trees, olive trees… And a barn with baby Jesus, Mary, Joseph, the donkey, the cow, the star that would guide the three wise men and the villagers who come to visit. The crèche is "taken down" the day of the Chandeleur. 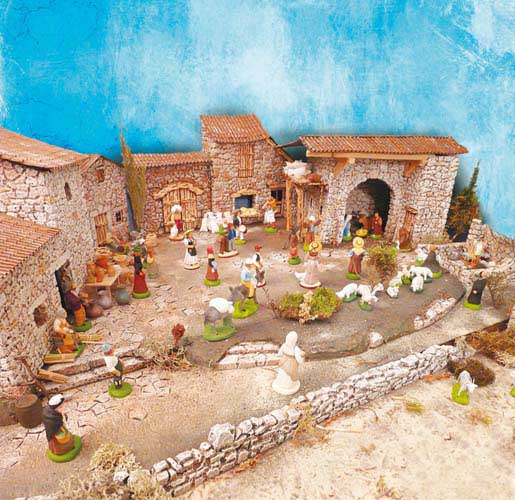 But the nativity scene is most importantly the santon, the « santoun » in Provençal which means « little saint » and comes from an original mold representing many popular Provençal characters.

Roustido, the kind bourgeois with a red umbrella carried by her husband,

Bartomiou, incorrigible drunk, with a long cotton cap and who gives the baby Jesus a flat, dried codfish,

Pistachié, the great oaf who brings a donkey charged with bags of wheat,

Lou Ravi, who lifts his arms to the sky, as a sign of admiration,

The baker and his basket of fougasse,

And the garlic merchant, the fishmonger, the farm hand carrying the lantern, the fisherman with his net on his shoulder, the worshippers (people on their knees)…

The santon is a purely Provençal phenomenon that is completely integrated in the Christmas traditions. Naive and funny, familiar but dignified, these little figurines brought joy to the children of Provence for a long time before intriguing and inspiring adults.