A view between sea and mountain, a harmonized blend of culture, art, festivities, gastronomy in an exceptional natural environment…

Sainte-Maxime and the mythical towns and villages of the Riviera owe their success to their remarkable diversity and abundance which seduces for more than a century and a half visitors from all over the world ! 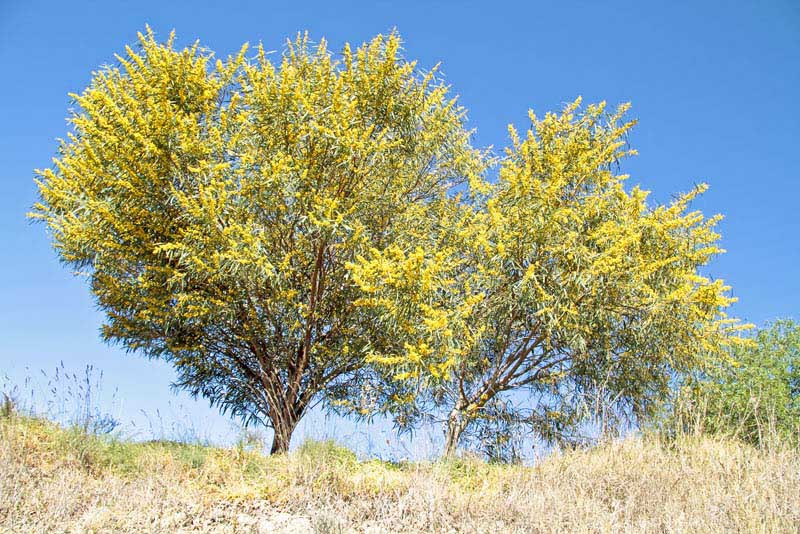 A fragrant journey to explore over 130 kms

Within an exceptional land, the Route du mimosa extends over 130 km from Bormes-les-Mimosas to Grasse. This touristic itinary is to be discovered from January to March, a typical emblem of a wintery Riviera.

A LITTLE BIT OF HISTORY

Around 1880, the mimosa, originally from Australia, started appearing on the hills of Croix des Gardes in Cannes, likely introduced by one of the great Wintery hosts, such as the Duke of Vallombrosa, the Marquis de Morès or Lord Brougham.

The Horticulture and Acclimatisation Society contributes greatly to its promotion. The mimosa farmers will, therefore, multiply in the region, in Mandelieu, Pégomas, Tanneron or La Roquette. From places like Cannes and Mandelieu, the mimosa is shipped to all major cities in France and Europe.

THE MIMOSA AS A FRAGRANCE

The best brands of French perfumers have used mimosa in their most famous fragrances… The kind of mimosa primarily used is mimosa cassier (acacia farnesiena), but as business flourishes it is changing towards wild mimosa.
>> Fragonard perfumer in Grasse

The Mimosa Festival 2018 in Sainte-Maxime
& on the website www.routedumimosa.com